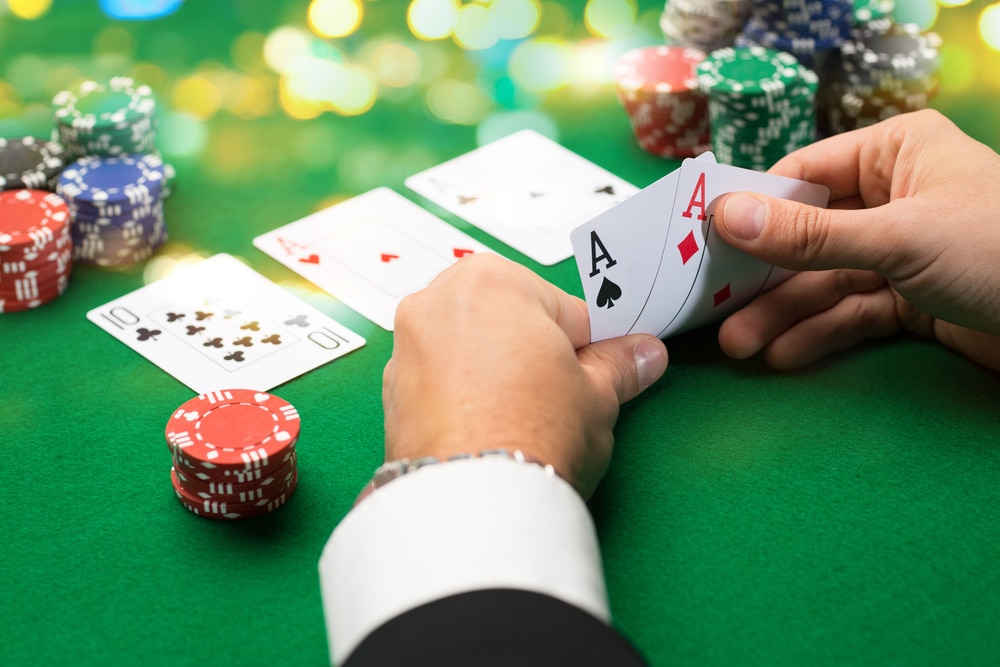 Casino Hold ’em explained: What it is and how to play it

Poker is one of the best classic gambling games that has been played for about as long as anyone can remember. Passed from one generation to the next and spread in different regions across the world, novice and experienced players today have many choices from the multiple variants created throughout the ages. For one, the relatively new game called Casino Hold ‘em is certainly one to try for.

Poker variants are broadly grouped into three major categories, with each being different according to the distribution of cards and number of betting rounds. These are the draw, stud, and community poker.

As a bonus, another basis to sort poker variants at Bitcasino is whether their gameplays make you face other players or the dealer. That’s correct! Gone are the days when the classic card game was the only gambling game without a house edge. Now, variants like Casino Hold ‘em challenge you to beat the dealer’s hand.

If you are a new poker player interested in learning the nitty-gritty details of the game, Casino Hold ‘em is a great foundation because it is based on the traditional multiplayer Texas Hold ‘em. The only difference is that you only play with the house instead of with two or more people. That is why despite being a fairly new variant, Casino Hold ‘em quickly earned a respectable place at casinos, especially at live dealer platforms.

Casino Hold ‘em is a banking game introduced by Stephen Au-Yeung in 2000. He is also the same person who developed Unlimited Blackjack with Auto Splits, a variant known to improve blackjack’s playability.

Au-Yeung created Casino Hold ‘em in the late 1990s initially as an alternative handy tool to train his partner in playing Texas Hold ‘em. From then on, he monetised his invention by developing it into a house game, which was first launched as a live casino game in South Africa, Russia, and Egypt.

It didn’t take long and Casino Hold ‘em further became a global-renowned poker variant a year after its launch. It debuted at the World Gaming Congress Expo in Las Vegas Nevada, and again in 2002 at the International Casino Exhibition at Earls Court Exhibition Centre in London.

Like other banking games, the ultimate object of Casino Hold ‘em is to beat the dealer’s hand. Yet in order to prevail in the gameplay, here are specific additional rules you need to know first.

Regardless of the number of poker variants created over the centuries, another joy when playing them is their universal hand rankings. Yet if you are still unfamiliar with the order, here we share with you a detailed list of the cards used in Casino Hold ‘em.

In essence, take note first that the value of cards are arranged from the highest to lowest, which is in this order: Ace, King, Queen, Jack, 10, 9, 8, 7, 6, 5, 4, 3 and 2. However, Ace’s value also varies depending on the set it belongs to. It has the most value when combined with letters K, Q, J, and 10, and also has the lowest value when mixed with numbers 5, 4, 3, and 2. So, ranking in decreasing order, the 10 following hand combinations are what you should memorise to win Casino Hold’em, and probably other poker variants.

The rewards for each card combination to expect at Bitcasino are listed as follows:

The house edge in Casino Hold’em is 2.16% for the Ante bet and 6.26% for the Bonus bet. As a reminder, you cannot wager on the latter singly, as it is always accompanied by the Ante bet. If these vigorishes seem too much, Bitcasino offers plenty of generous bonuses to help protect your bankroll.