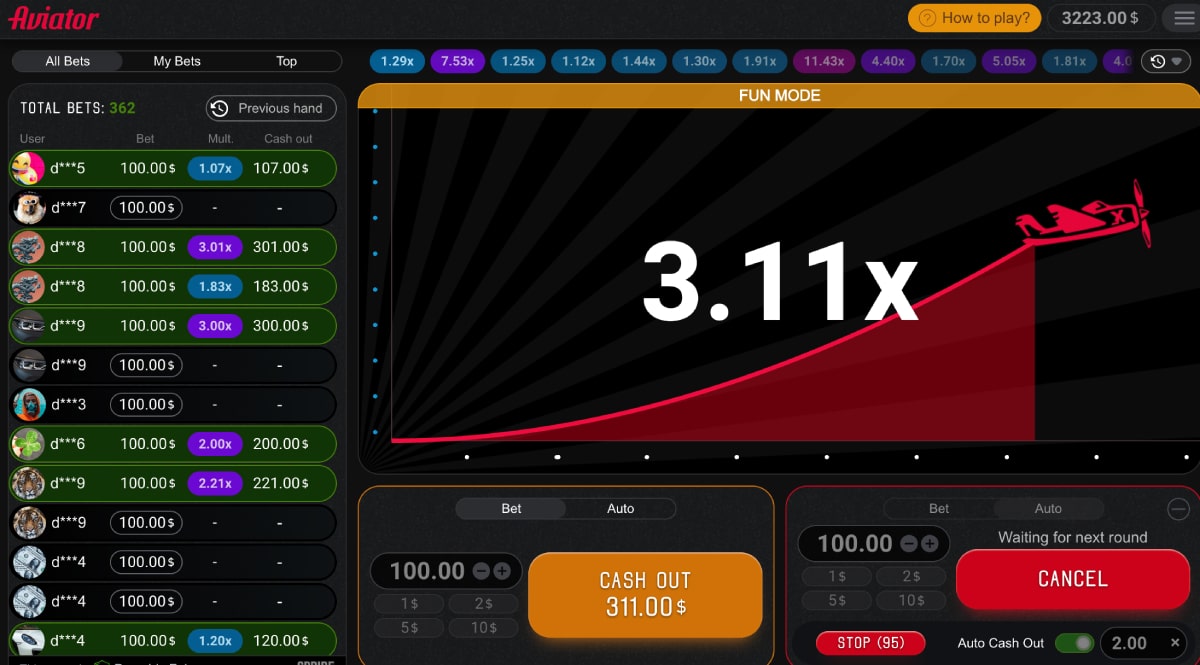 How to play like a pro: A beginner’s guide to crash games

Online casinos continue to innovate new kinds of entertainment. Crash is one of the latest kinds of games to be available on gambling websites. Many of them have ‘crash’ in the name while some software providers have opted for more original names like JetX from Smartsoft and Aviator from Spribe.

Crash games are easy to play once you learn the basics. There are only a few factors to consider. If you want to try your hand at playing this game, here is everything you need to know about crash games:

What is a crash game?

Crash games have a simple mechanic in which you place a bet and watch the multiplier rise. This multiplier can crash at a random time and you have to cash out before that happens. If successful, then you win back your bet multiplied by the value that reached that point. It’s the same as market stock trading where you have to offload assets you bought before the market crashes.

How do you play a crash game?

All crash games follow the same set of rules and format. The biggest difference between each title is the theme of the game. Most of them feature a flying vehicle like a plane or rocket. Other times, they feature a superhero like Magnify Man from Fugaso. Despite their varying visuals, they all follow the same fundamental elements like layout, options, and rules.

The layout of a crash game can be similar to a Bitcasino live casino title in which there’s a dedicated space on the screen for status updates on other players. You can frequently see text boxes indicating how much another player wins or when they won it. Some games will only put it in a corner while other titles will take up half of the screen.

The biggest part of the screen shows the main focus of the game which is generally a stylised chart with the animated figure flying or falling on it. What you should focus on is the multiplier elevating from 1.00x and stopping at a random height.

A crash game’s betting interface is as simple and easily understandable as that of both online and traditional slot games. Your options consist of a dial to either increase or decrease the ante and a button to begin the game with either ‘bet’ or ‘play’ written on it. Some titles have an advanced setting you can tinker with to set up an auto mode.

The auto play feature lets you automatically play with a fixed ante every time the betting window is open. Auto cash out, on the other hand, claims your prize automatically as soon as it reaches the multiplier value you set. This interface also shows your bankroll balance and Bitcasino bonus to keep track of your budget.

Rules of the game

The rules of a crash game are simple. Cash out before the titular crash happens using the same button you pressed to place a bet. If you successfully do so, then you win back your bet multiplied by the amount reached that round. A crash can happen at any time starting as early as 1.02x. The time that it comes is completely random as dictated by the RNG.

Goals in a crash game

The goal is as simple as the rules, which is to earn a profit. The question is ‘how much do you want to walk away with?’. Having a target profit can make your gaming experience more fun because it adds more layers to the game.

Besides wanting to reach that target, you also have to consider the amount of time you want to spend accomplishing that goal. If you want to be slow and steady, then you can work your way up to your desired profit by consistently winning 2x or less. Pushing for more than 2.5x is risky but success can help you win faster.

Other players in the same game

You can see how much other players win while playing the same crash game. Their bets are stated under the ‘all bets’ category to showcase how much they are staking. Your bet will also appear on this list for other players but your name is protected for your privacy.

Some games will let you write a pseudonym or randomly generate a name tag for you. You can ignore this or set it to ‘my bets’ only to only show your stakes if you find the others distracting. Some players prefer leaving it on because it can be used in one of the popular strategies in crash games.

Crash game is a game of luck and intuition. The RNG will determine how high it will crash per round and it’s up to your gut feeling to determine when to cash out. You will decide how much you’d like to bet per round to avoid losses or maximise winnings. If you don’t like relying on arbitrary measures, then here are some tips that can make your experience more quantitative.

The two factors in measuring risk are the size of your bet and your willingness to wait for a higher multiplier before cashing out. Betting at a minimum rate and cashing out as early as 1.03x is the lowest risk possible but it won’t be rewarding.

Get a feel for the sweet spot of the game

The concept of a ‘sweet spot’ exists in a lot of games like pachinko and roulette with varying definitions. For crash games, it’s the safest time to cash out per round while still claiming a satisfying prize. There will be crashes below that point but not as often as the ones after it. Most gamblers find that the sweet spot can be anywhere between 1.50x to 3.2x. Find it using trial and error until you find a more consistent payout.

Cash out with the other players

If you’re not confident with your intuition or don’t want to spend time and money trying to find the sweet spot, then simply follow the leader. Find which of the other players can walk away with the highest payout frequently and cash out whenever they do. It’s how you benefit from someone else’s great luck. This only works if you are playing crash games with simultaneous betting windows, however. Some titles separate the RNG for every player like Cappadocia from Fugaso.

Use a gambling strategy

Crash games are based mostly on luck even if it gives you the agency to cash out. You can try some existing strategies that have worked for other people. The nature of an RNG game never guarantees that you will have the same experience but it’s worth the try if it means making the game more fun at least. Here are three popular ones often suggested to crash game beginners:

Auto cash-out at 1.50x then push higher after one set

Set the auto play for 20 or 50 rounds and set the auto cashout to 1.50x. It’s the most common sweet spot across all tested crash game titles thus far. You can ignore the results per round because you only need to take note of the overall profit after the set. If you gained profit, then nudge the multiplier auto cashout a little higher, preferably at 1.80x then again to 2x. Keep increasing as long as you keep getting more profit then go down if you experience losses.

Sometimes, the satisfaction of daring Lady Luck is its own reward. In a crash game, you can compete for who cashes out last. This is great for low stakes betting when you’re won’t mind losing the bet but reaching a high multiplier can be rewarding. Despite the high occurrence of crashing at 5.00x and beyond, every crash game title can keep rising indefinitely until it hits the maximum win.

The best strategy you can apply in a casino game is one that is directed towards how you manage your betting bankroll. Start asking ‘what to do after every round?’ because it’s easier to find an answer for it than ‘how to win more consistently?’.

The Martingale method is one good example. It’s about doubling your stake after losing the previous round so winning in the next covers your losses while also getting profit. Anti-Martingale, on the other hand, doubles your bet every win to take advantage of a streak.

Play the best crash games to play at Bitcasino

There are many more crash games to find and play on the Bitcasino slots webpage. All of them come from the top software developers in online gaming which you can play and win real cash prizes. Don’t forget to redeem some bonuses on your next gaming sessions to have the best gambling experience.

2022-12-06
Previous Post: The best crypto wallets you need as a gambler
Next Post: 6 online casino skill games you should play